The number of victims of forced labour has been rising lately in the EU. The National Crime Prevention Council of Hungary (NCPC) has tried to reach out for those who endangered the most, the ones lacking qualification and knowledge of a foreign language.  Since the internet became the main platform of recruitment the campaign ran online too.

The experience shows that many people trust employment agencies and random advertisements. They apply and willing to share their personal data without the slightest hesitation even if the offer stays silent about the name of the employer. They do not question the credibility of the advertisement when it states that knowing a foreign language isn’t required for an open position abroad.

NCPC created a fake recruitment website that just like any real job advertising sites, had offers from all around the EU but it offered extreme salaries and tons of support.  Those who applied got an autoreply, in which they got a detailed guide on the hints they should pay attention to in order to avoid scams. 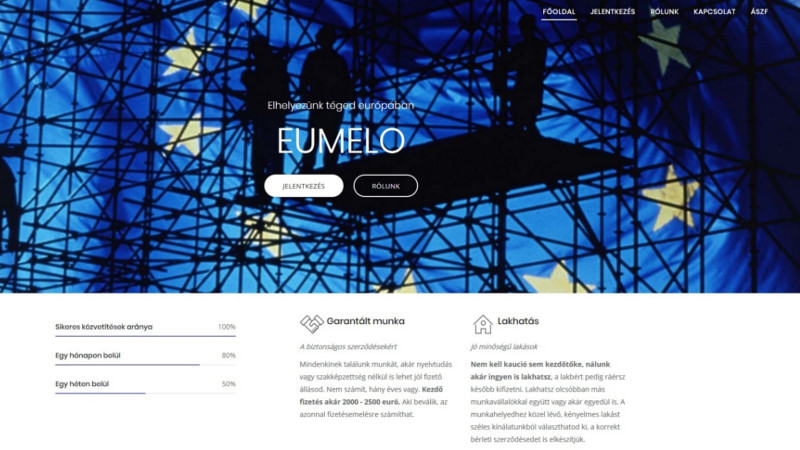 The campaign ran between the 21st and the 25th of May 2018. The NCPC’s goal was to boost the immunity of the appliers. The creators made many mistakes in the ad so an experienced job seeker was able to tell the offer was fake.  Even a discussion started to unfold on the site where users lectured each other on the hints of a fraud.

If someone was cautious enough to click on the FAQ they could read about the NCPC and the campaign itself.

The real outcome of the campaign was that it generated discussion about the phenomenon and the visitors taught each other and shared the site with their friends. Through voluntary sharing the campaign has reached almost 23 000 people while through the advertisement nearly 14 000 people have heard about the site.